HOW TO REMOVE FAT FROM CRITICAL AREA

Most people suffer from “regional” grease – deposits in certain parts of the body. Fat is deposited throughout the body but is most striking in certain areas. With these body parts most difficult to lose fat. These are problematic part.This problem areas are heavily influenced by hormonal status and determined by the type of hormone that is not secreted properly (not balanced). 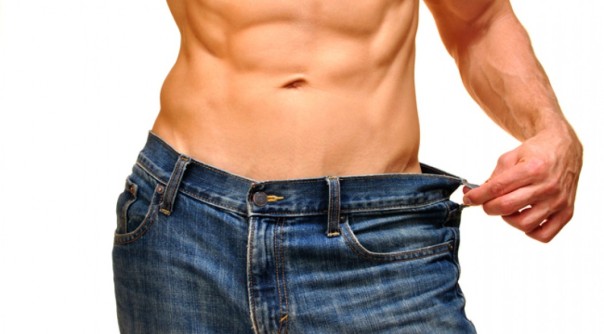 One of the things that have lately quite speaking is the connection between fat on my stomach and hormones called cortisol (stress hormone). To put it simply – the higher the level of cortisol, you will probably have more fat on the stomach. This means that if you have a pretty fat on the stomach, it is reasonable to conclude that the cortisol levels increased with you. Excellent article on the mechanism of fat under the influence of cortisol.
High levels of cortisol is harmful for other reasons, but we will focus on the fact that because of cortisol are not so “little” just around the stomach.
Instead of just suffering from all these, the obvious solution is to try to reduce cortisol levels which will lead to a reduction of fat on my stomach. Reducing cortisol is not quite so simple. Perhaps you ever come across advertisements that offer you anti-cortisol pills. Even if they are effective (and are not), hormones such as cortisol can not be fooled by some little pills.
it’s pretty good principle is that you should use certain hormones that help regulate other. In essence, anti-hormones can you fight hormones. Science explores the hormone and how to interact with each other. As far as cortisol, one should not go beyond the growth hormone.

Growth hormone (HR) or Human Growth Hormone (HGH) is produced in the pituitary gland. Growth hormone is one of the most important factors in balancing, controlling cortisol. Simply put, the more growth hormone reduces the amount of cortisol.
In order to run the body to secrete HR.
You may have heard that certain exercises are very effective in stimulating the secretion of growth hormone. This is indirectly true.
Growth hormone is normally produced and released in response to something, and in the case of training, exercises, HR is released as a reaction to something called lactic acid.
Lactic acid is a byproduct of some chemical and metabolic processes that occur during exercise .

So, if you practice a certain way, you can create more lactic acid, which in turn stimulate increased secretion of growth hormone. The rush of growth hormone will affect the level of cortisol is not high. It would be helpful to get rid of stubborn fat on my stomach.
How do we do that? Lactic acid is produced during the most intensive exercise, but there is an unusual exercise that can produce more lactic acid than is generally possible with other types of exercise. This so-called “exercise lactic acid” consists in very slow raising of weight during training and their rapid descent.
The reason for this structure is that it is primarily lactic acid produced during the “concentric” or positive phase, phase in raising exercise, and not so much when the eccentric or negative phase, the descent phase of weight. In order to exploit this and create a more lactic acid, should strengthen the positive phase of our exercises.
Numerically it means that for each repetition weight lifting proceed for about 4-6 seconds than the normal speed of exercise, and then descend weight extremely quickly, but safely. For example, if you’re doing squats, descend quickly, and lifting very slowly. If you do exercise for chest on a bench, raise the dumbbells to your chest slowly and return them quickly.
Practicing with these extended concentric movements Ms create a tremendous amount of lactic acid, which will which will in turn stimulate your body to produce more growth hormone.The growth hormone will help you to sort out cortisol, and to help fight the fat on your stomach.
If all this still not enough training that causes the formation of lactic acid is an excellent method to lose fat, but you will lose the fat on all parts.